Monster Jam®, once again, made a pit stop into the Fairfield County area this year! From March 4 - March 6, it will be at the Webster Bank Arena. For fun facts about Monster Jam®, be sure to also check my review from last year, "Five fun facts about Monster Jam and a review of the show at Webster Bank Arena!" This year it was an all-new, action packed show with many different monster trucks including Northern Nightmare, Monster Mutt, Krazy Train, Aftershock, Bounty Hunter with first time appearances by Zombie, New Earth Authority and Iron Outlaw. Besides the main attractions that were the Monster trucks, fans were treated to ATV races, as well as a special appearance by Galatron vs. Reptar, after intermission. 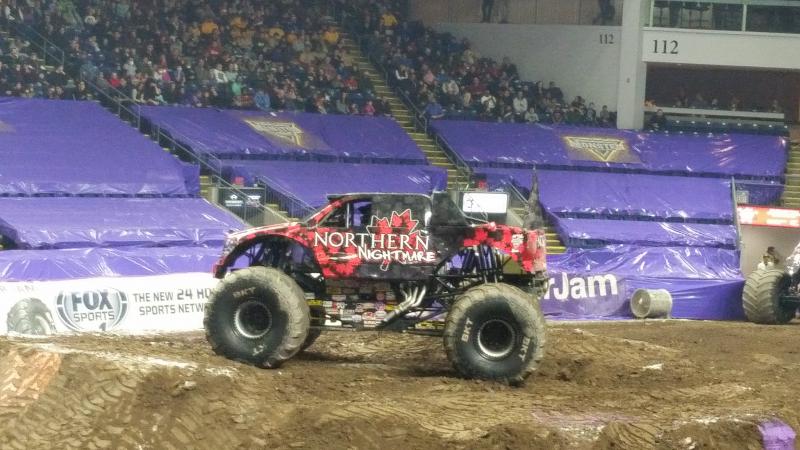 Let's start at the beginning when we arrived to park at the Webster Bank Arena. If you park in the garage, be sure to have cash. It's $10 and credit cards are not accepted. We find it's best to park there, especially in the winter when it is too cold to walk farther. Upon arrival, be forewarned that there will be Monster Jam® paraphanelia to be purchased, including earphones to cover kids' ears, which were shaped like tires. They were really cool! I saw many kids walk in with them so they must have gotten them from years past. If you opt to not purchase, be sure to have earplugs for both you and the kids. Luckily I knew from last year that it is LOUD in the arena! For everyone's safety, the front sections around the arena were covered in purple tarp so that no one sat in them. I guess this was to make sure that if a truck decided to "fly" off course, no one would get hurt. There were a couple of times that the Monster trucks landed on their roofs but luckily the driver was not hurt. 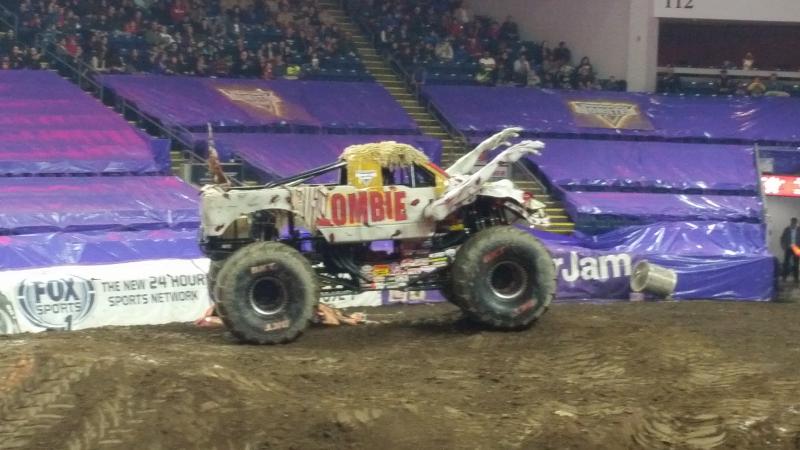 All in all it was a fun night for parents and their children! Some reviews I heard were "epic," "so much fun," and "I will be back again next year." Grab your tickets now because they are going fast for the next couple of days. Monster Jam® tickets are affordably priced, starting at $10.00 for children ages 2-12. (Limit 4 kids’ tickets per 1 purchased adult ticket. Offer not valid on Gold Circle Seats.  Additional fees apply.)

Tickets are available at the Webster Bank Arena CLICK IT or TICKET Box Office, online at www.ticketmaster.com or by phone at 1-800-745-3000.

Diana Palmentiero is the Fairfield County, CT editor of KidsOutAndAbout.com.