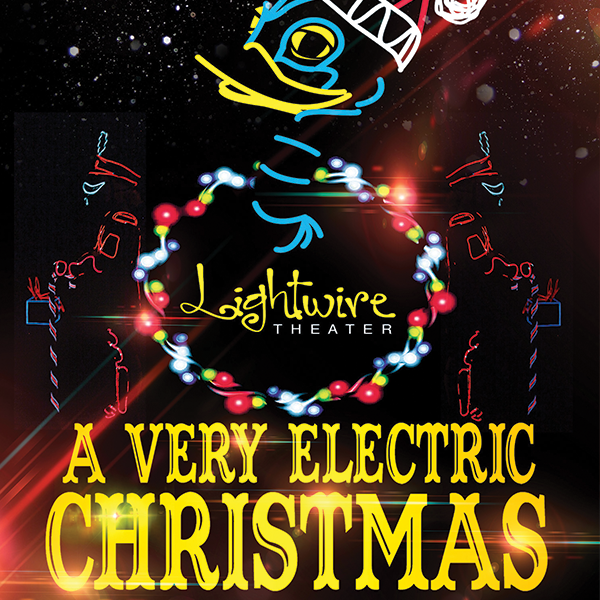 Brighten your holidays as dancers and glow-in-the-dark puppets perform a magical and Captivating tale of family, friendship and hope, set to timeless holiday hits. This holiday production will leave families wide-eyed with delight.
Click here for more information about this activity

Since bursting to national acclaim after appearing as semi-finalists on America’s Got Talent and winning the top honors on TRU TV’s Fake Off, Lightwire Theater has gone on to enthrall audiences worldwide with their unique combination of skill and grace as told through the technological innovations of moving light characters.

Ian and Eleanor Carney were both born and raised in New Orleans and met at the age of 13, through ballet class. Their successful dancing careers took them to New York, and it was on Broadway when Ian met co-creator, Corbin Popp, while dancing in Twyla Tharp’s Movin’ Out.

An immediate connection was made between the kindred spirits as they discovered their mutual love of art, theater and technology. After coming across a product called “EL wire,” the lights turned on and the possibilities seemed endless. Together, with their wives Eleanor and Whitney, they began to experiment with shapes and designs to develop puppetry-based neon creatures that quickly came to life.

Based in New Orleans, Lightwire Theater continues to create and deliver innovative theatrical experiences to audiences worldwide including: Hong Kong, Estonia, Canada, Belarus, China, Abu Dhabi, and as finalists on My TF1’s, The Best Le Meilleur Artiste in Paris.

People of all ages will be captivated by the dazzling visuals and unique menagerie of characters that magically appear out of the darkness. Combining the arts of puppetry, theater and dance with the music of timeless holiday hits, this magical and captivating tale of family, friendship and hope creates a truly one-of-a-kind, inspired and exhilarating holiday experience that will be a treasured memory for years to come.

All Ages Adults & kids together